None of the people I talked to mentioned the aisle seats I had chosen would be an issue. On the first leg, I was told I had to be removed from my upgraded seat and put in the back corner of the plane, that there was no time to grab my purse or his treats and toy. The attendant assured me she would bring me my purse and other bag as soon as we took off. There was no ventilation where she put us and all I could smell were jet fuel fumes.

Although not my disability, my asthma and anxiety kicked into high gear and we were both extremely uncomfortable with the heat. I never got my purse with medications and couldn't get past the service cart, nor could I get a refund.

It was humiliating and terrifying all at the same time. During the layover in Atlanta, I tried to talk to customer service to make sure it wouldn't happen on the next flight, but kept being told to go somewhere else. The other flights were not nearly as bad as this one, but there was no attempt at human decency, much less accommodation. I'm just hoping the flight I have booked on another airline later this month is better. First of all- Stopped into the main counter at ROC to find out where to drop her off.

They told me I could do it there. It takes me 10 minutes to get car parked, get my girl and her crate back to the counter. I wait there for 10 minutes in the queue, and then another rep tells me, no, you have to take her to cargo. I get there and now I'm no longer in the 2 hour window. SORRY, can't ship your girl.

They rebook her through ATL which means an overnight in a kennel. Not ideal- but I need to get her to OR to be with me. The saddest day-week-month I have had in many, many years. After numerous phone calls and conversations with various airlines, my daughter booked her dog, a blue heeler Australian cattle dog , on Delta.

She was assured that the dog would be treated well - just like a family member. The entire flight was to take approximately 12 hours. We were tracking the dog as per the tracking number given to us at the Delta cargo area. This site is very misleading regarding the location of your "package".

We called Delta cargo numerous times through out the ordeal. We were assured the dog was fine and traveling well. We again called as the dog was approaching LA. We were then informed hours later that the dog was not placed on the initial flight - even though the dog was there in time for the flight. Needless to say, the dog missed all the connecting flights. There would be a 12 hour lay over waiting for the next flight. We were assured that the dog would be in an off-site kennel in LA where the dog could run and play,eat and drink, and poop and pee. This dog could hold her pee and poop for 12 hours or more.

She finally arrived in Honolulu in the afternoon 36 hours later with her kennel full of pee and poop. She was very thirsty and hungry even though food was supplied. They treat your pet like a sack of potatoes. I had to fly our labradoodle puppy from Nashville to Las vegas and booked a nearly ticket for the special Dash service--yeah real special. The cargo handlers are rude, unkind and unwilling to offer any help info or guidance about the entire process to someone who has never flown a pet before. The tell you they are going to put food in the dish but food remained taped to top of crate for the entire 8 hour journey.

They actually drill holes in the crate door that allow them to use heavy duty plastic zip ties to force the door into permanent closure until removed. The puppy had a 2 hour layover in Atlanta and the persons on phone when I called to check if he made the connection ok were dismissive callous and argumentative. But nothing prepared me for the freak show on the receiving end in Vegas. The "supervisor: at the cargo desk had her hood pulled up over her face and could barely manage to say one word when I go there--she said the plane just anded and the dog would be there in 20 minutes.


And proceeded to sit at desk eating and texting until the second employee waltzed in with her to go cup--this person was even more surly overweight and rude Imagine John Candy doing a skit as a overweight lesbian delta cargo worker and proceeded to enquire of the other brain trust--"Is today the 7th? Finally I see a luggage cart pull up at the back the warehouse had a glass window so I could see everything going on in there and I can see a little head through the curtain so I know he's there--the driver managed to get him off ten minutes later, swinging the crate as he walked like a sack of potatoes-dumps him down on ground and removed the damn ziptie restraints guess they don't want you to know about that little feature and comes into the office with the other 2 ladies mentioned.

He grunts a few words and the hooded genius says "sign this" then she says "root to left" so I have to go outside to door 2 feet to left to get dog. Then the charming driver stands next to his cage wordless. Helps like yeah. Never Never ever would I fly a human or animal on this heartless rude insensitive airline.

The pet is restrained in the crate, not fed or watered, treated like a sack of potatoes and the false promise of a "specially trained pet handler' and that they will be first on and off the plane transported in comfy air conditioned van is just an outright falsehood. Delta you are a disgrace!!!!! I had no problems with Delta shipping my 5lbs chihuahua. She flew from WA to MS to CT the flight was about 8 hours total she arrived in perfect condition very terrified yes, but in good health. I personally wouldn't ship any baby animals until they are at least months old. I also wouldn't recommend shipping cats either as they are much more timid than dogs and tend to get more stressed out.

I also made sure that every city was in the mid 60 low 70 degrees to ensure a comfortable temperature which is crucial in the cargo hold. Calling the airlines to make sure your pet is in route and on the plane is also very important and prevents any mistakes. Delta Cargo have our hearts! They took such amazing care of us and our two boxers as we were moving to Ecuador. Our dogs arrived safe and happy. The trip was not without glitches They switched the aircraft 2 hours befor we left for the airport, which meant out giant crates could not be accommodated.

Delta Cargoe rerouted our dogs and we have now been living life together as a family in Ecuador for six months. Thank you Delta Cargo for your care and concern. 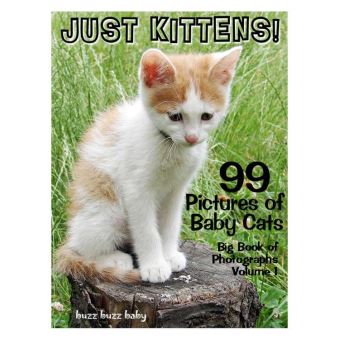 And thank you for not only learning our dogs names but also their nickname,Es so our dogs felt loved. I was quite worried that I would not be able to travel with my emotional support animal since it was my first time flying with Milo on Delta Airlines. I called the customer service line and let the attendant know that I would be traveling with my companion dog.

The young lady on the line asked me to send my esa letter and sent me a link to the Delta airlines emotional support animal verification document.

An update on feline infectious peritonitis: Diagnostics and therapeutics - ScienceDirect

I wish they didn't have this extra step and have an esa policy like Southwest airlines. The stewardesses were very accomodating and quite lovely to Milo and myself.

Summary of below is that we drove total miles over a period of 2 weeks and spent almost 12 hours at various airports trying to get one hunting dog flown from Texas to Michigan. We were instructed by Delta corporate to arrive by for departure. We arrived at am and by the time the lady at the desk got around to doing our paperwork it was am. She then informed us that we had missed a am cutoff because WE were late and there was nothing she could do about it.

I explained that it was a mile round trip drive and she said next flight we should be on time. We had to wait another week and schedule at a different airport due to flight and weather restrictions. Delta corporate told us to check in at the counter. Then they called a supervisor who said it was fine but we had to wait an hour. At we went back to the counter and they said we had to go to baggage claim and they walked us down to the other end of the airport.

Finally we tracked down a baggage handler who called someone. They forgot we were even there. Even though the airlines was totally to blame for the late paperwork and processing they got approval for the dog to fly, but when we tried to pay Delta corporate department would not accept payment because of liability for us being late. We were informed 7 hours later that the flight had not left the ground due to mechanical issues.

We called corporate who informed us that he would be placed on an earlier flight to arrive sooner. This was never done. They maintained the original flight which was further delayed and did not arrive in Atlanta until am the following morning. We were then informed that kennel services could not be used because it was too late. In summary, we drove over miles making multiple trips. Both times Delta made errors with their check in process and documented us, the customer, for being late.